Take a Profitable Walk down a New Path

Thinking Outside the Media Blasting Box 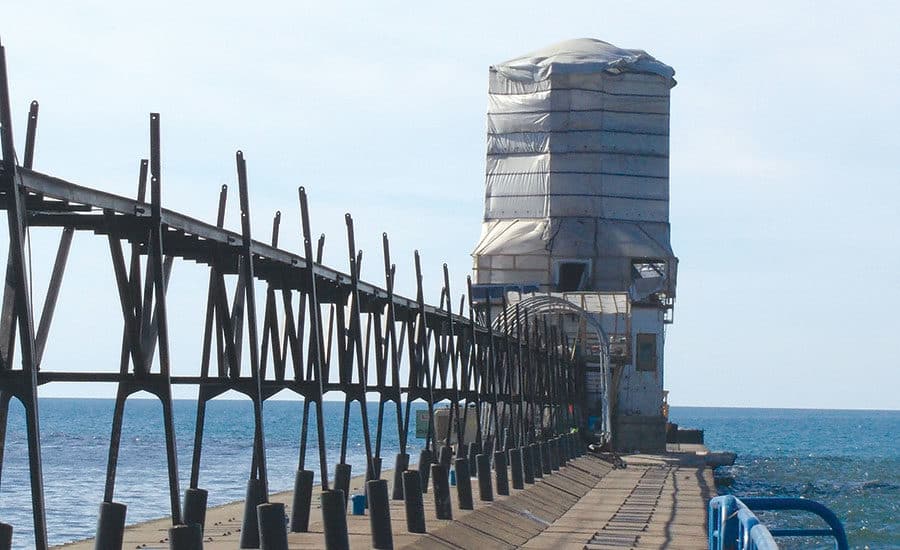 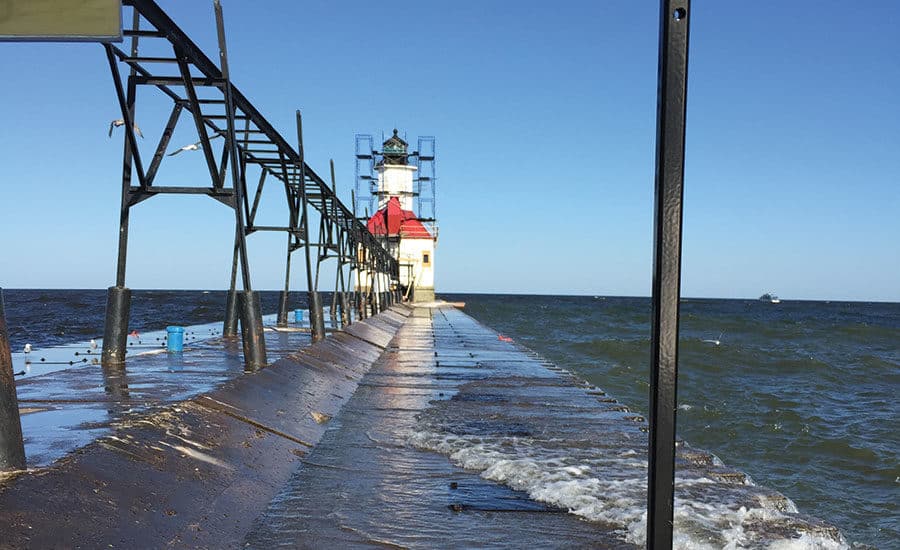 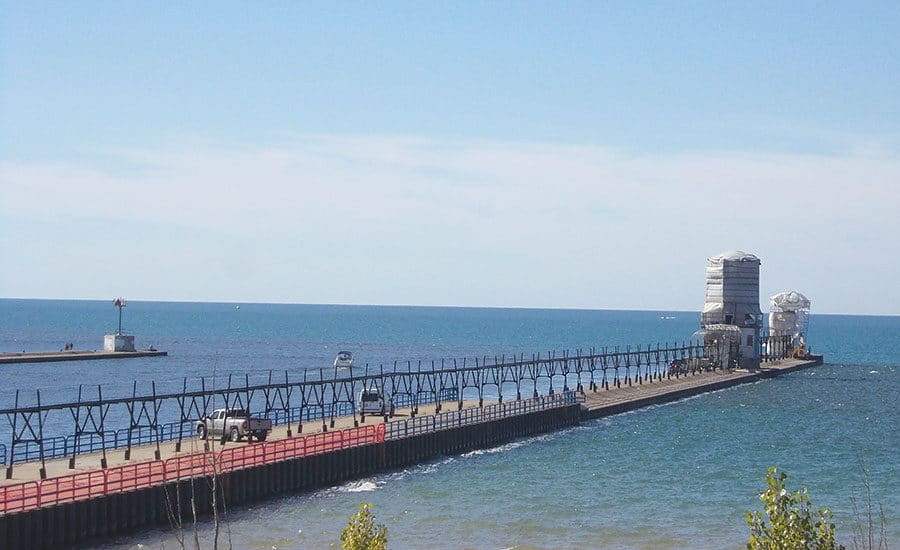 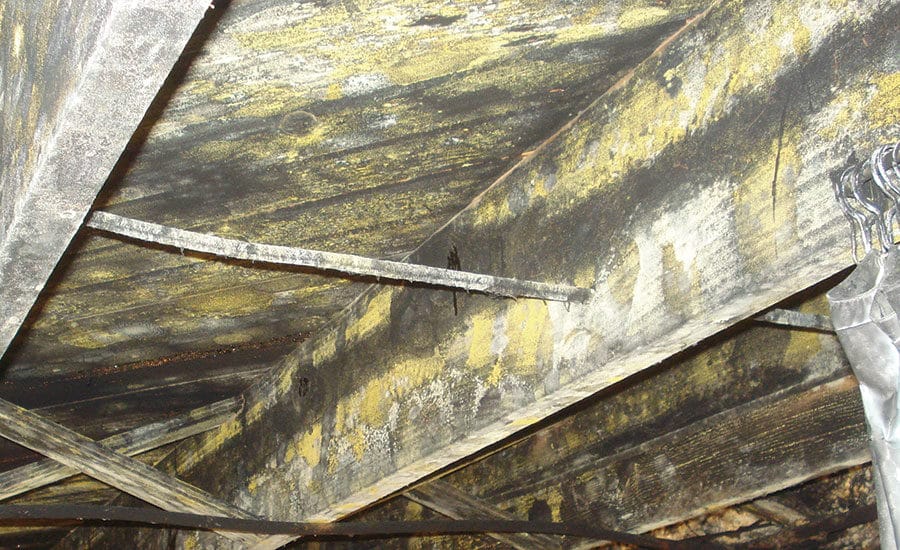 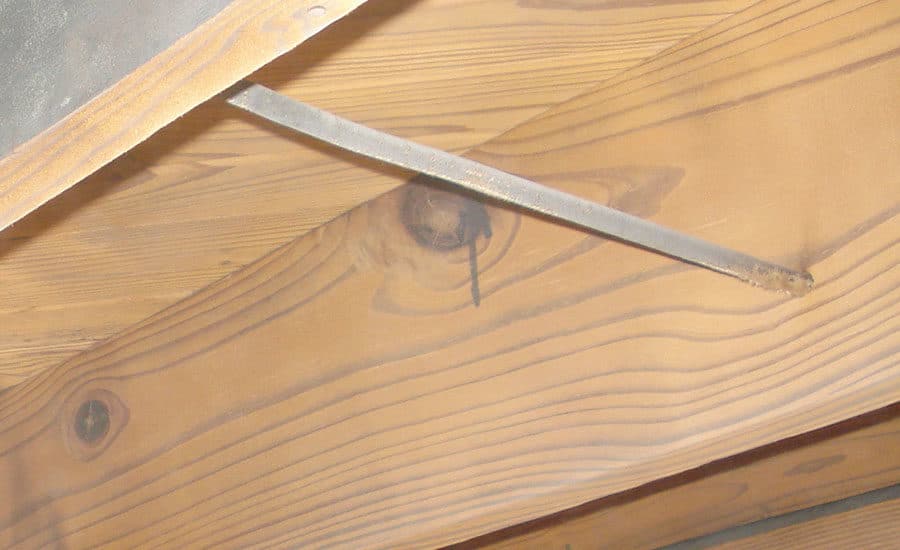 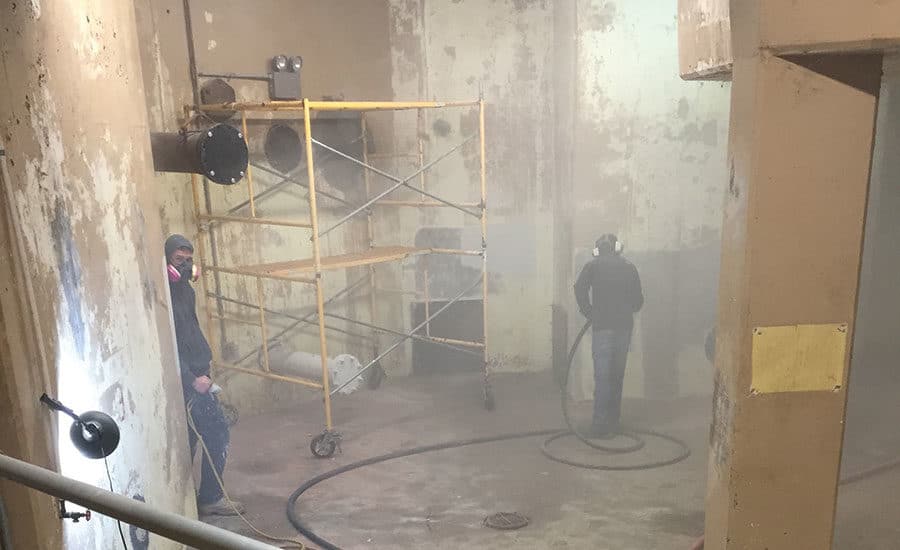 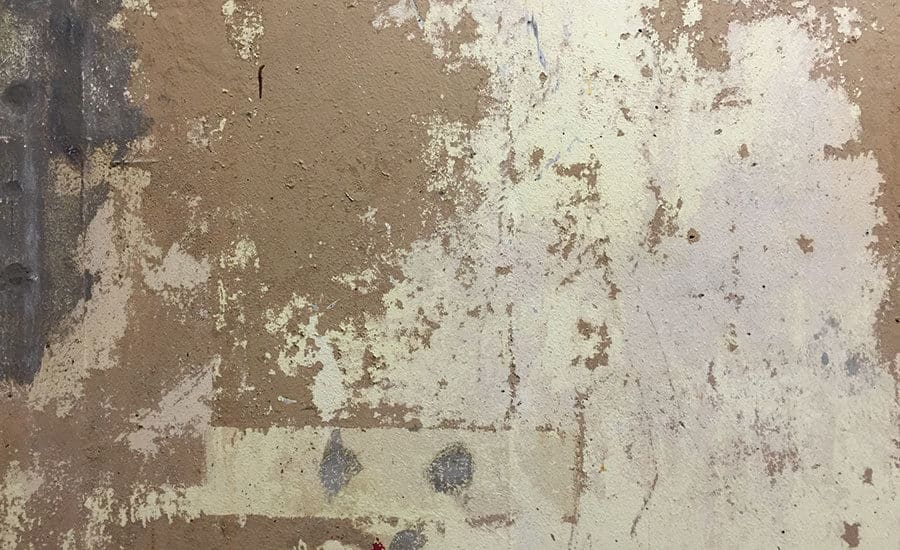 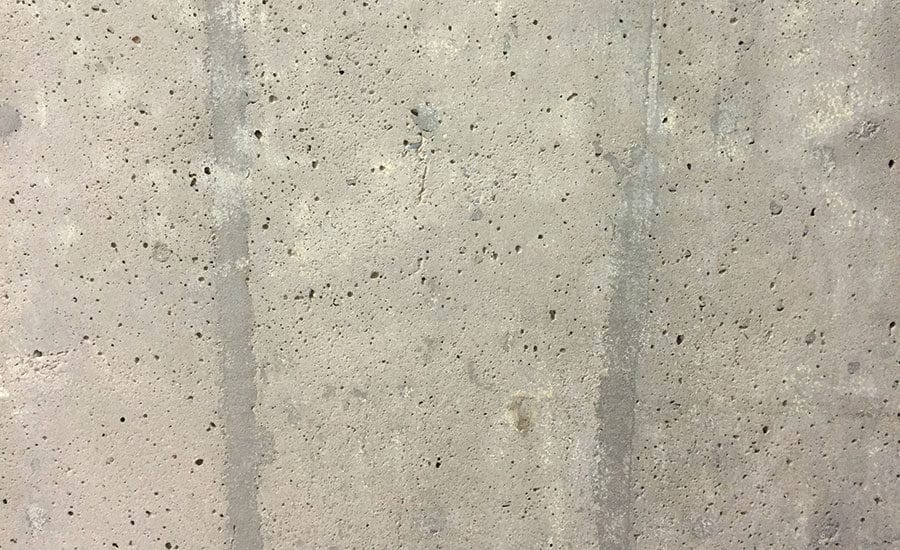 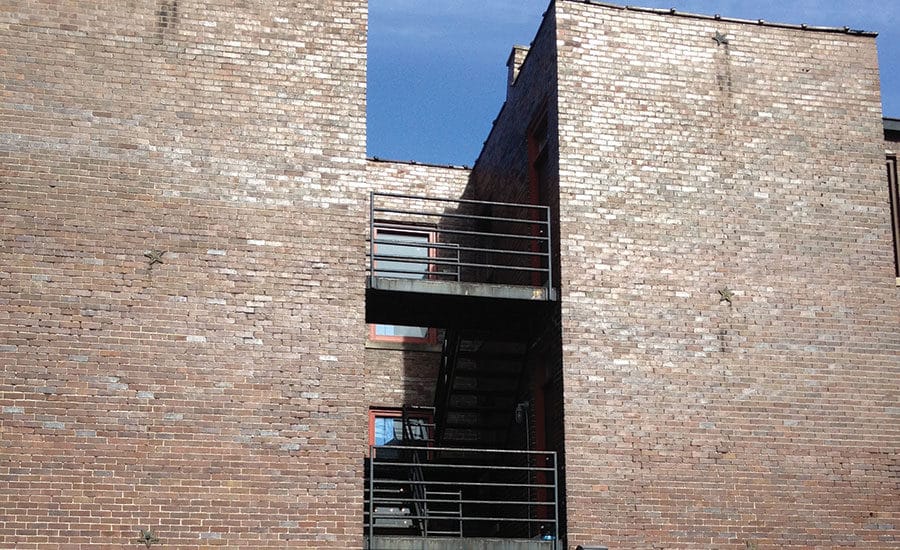 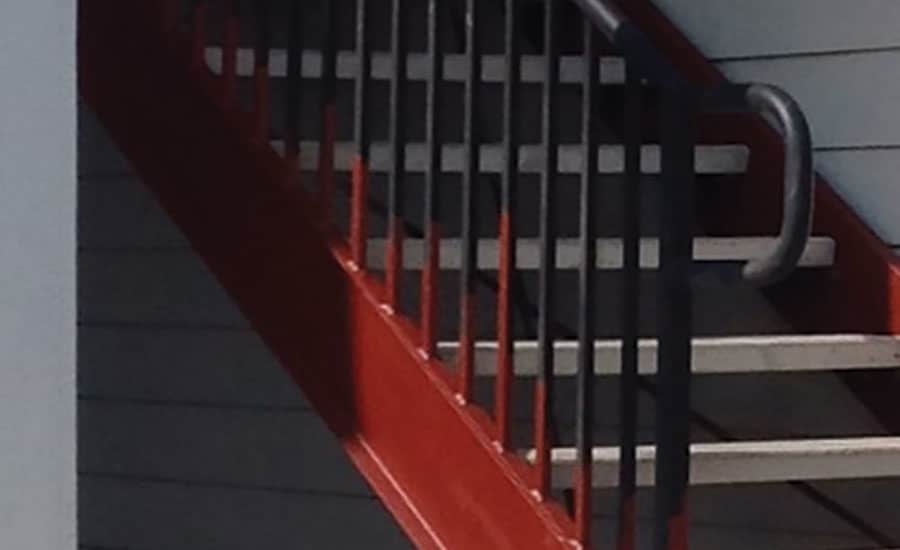 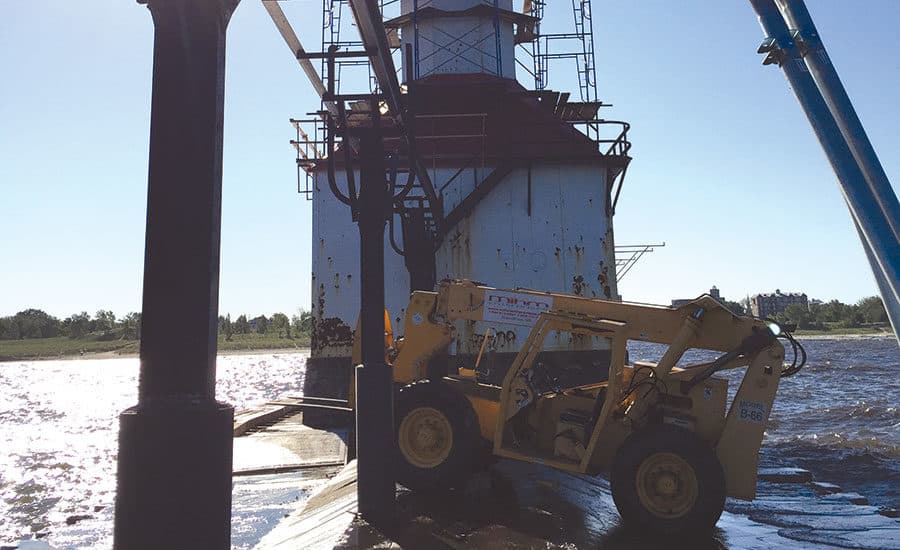 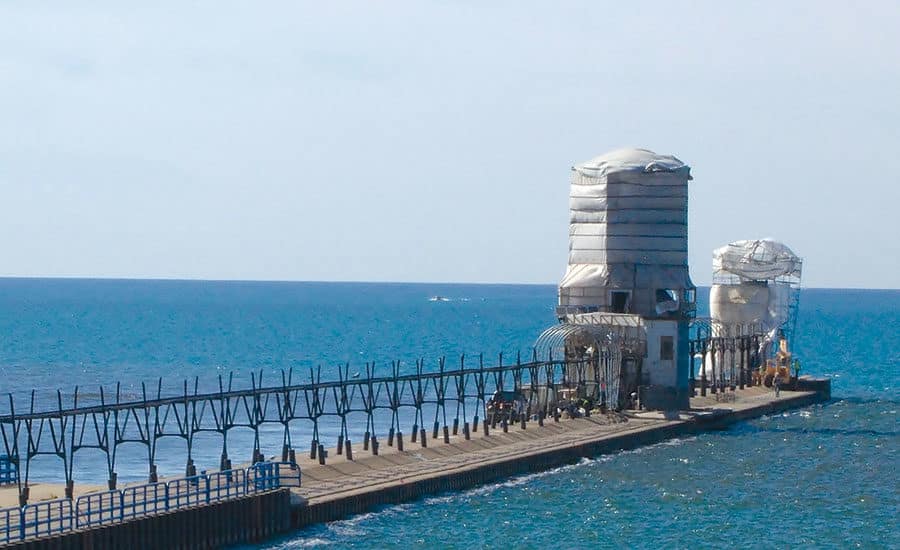 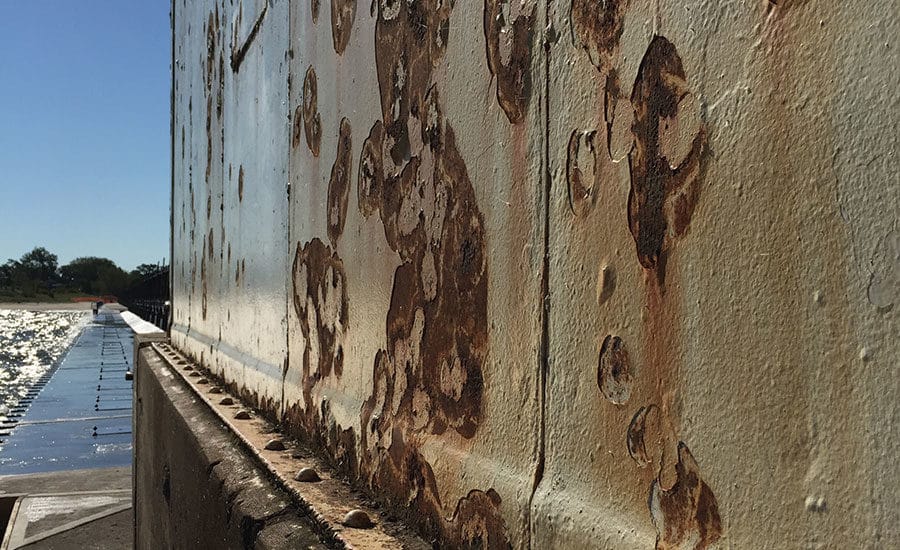 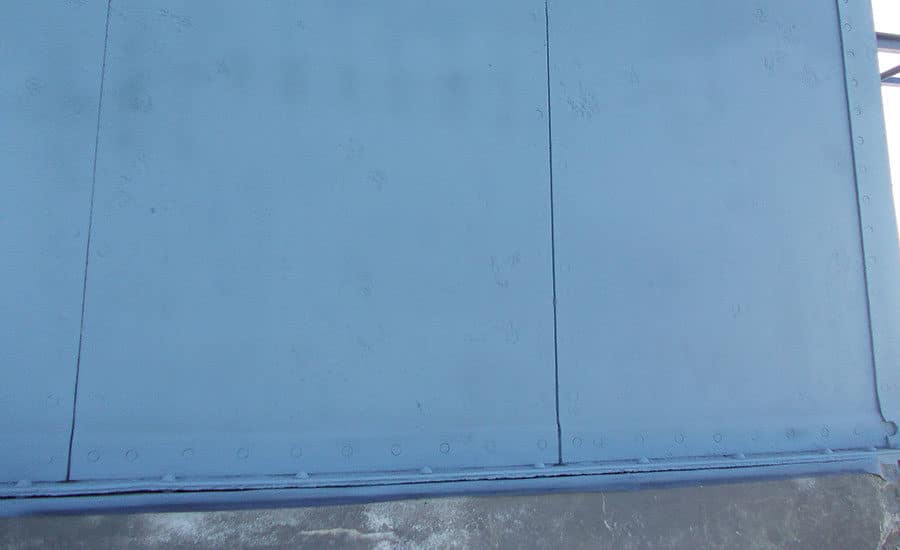 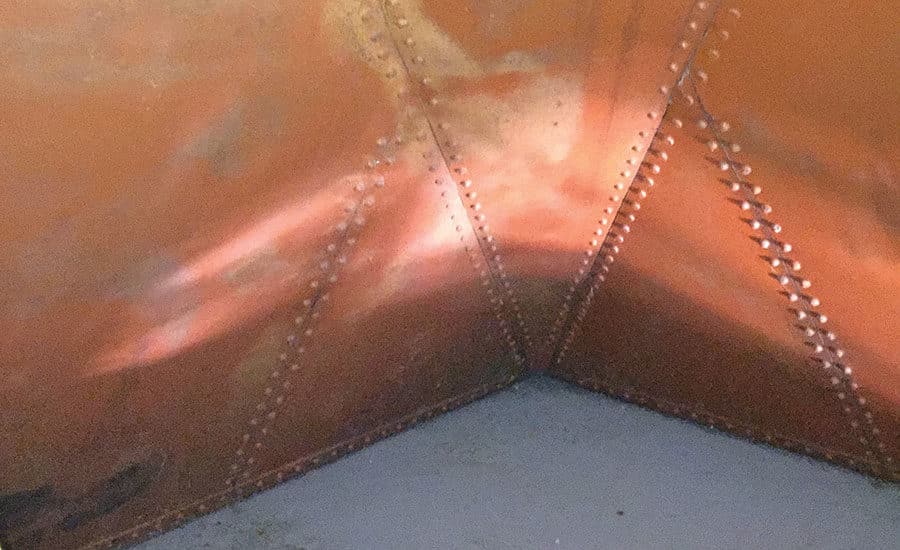 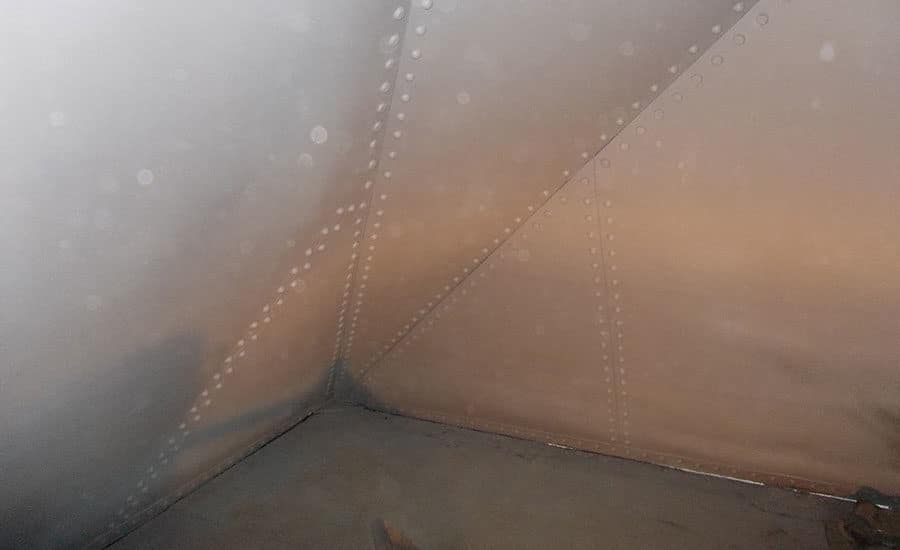 Ever heard the saying “…take a long walk down a short pier”? It’s a clever, but not very nice way to tell someone to go jump in a lake. Recently, on a visit to a customer’s job site, this saying came immediately to mind.

I happened to be walking on a pier jutting out into Lake Michigan, almost a quarter of a mile out into a sometimes very turbulent body of water. This pier, forming the entry and northern breakwater for the harbor of Saint Joseph, Mich., is home to a pair of working lighthouses. This important navigational aid is maintained by the State of Michigan and the U.S. Army Corps of Engineers. Atop the pier – extending out from the shore – is a 14-foot-tall iron walkway, no longer in use since the automation of the light. This old, elevated iron man-walk stretches from the sandy shore to both the larger, inner lighthouse, and the outer, smaller lighthouse at the pier’s end. (See image #1) Thankfully, we only walked as far as the end of this pier, but it was clear something major was taking place.

When I think of media blasting in restoration and remediation, I often think beyond the normal, everyday restoration applications. Not because the everyday isn’t exciting. There’s no question smoke and fire damage restoration, and large mold remediation jobs, are the central realm of media blast cleaning. I see the results every day. When the damage is extreme, blasting becomes the first choice – the sootier the fire, the more impressive the mold growth, the better. Sometimes, we even see both – fire loss that turns into a massive mold infestation. (See image #2)

This is generally seen in structures that sustain damage from fire that turns out to be less than a total loss. The fire is put out, using large amounts of water, then left – often without the benefit of drying – to grow mold that will impress even the most experienced among us. Sometimes the amount of time is lengthy due to fire marshal investigations, insurance disputes, coverage issues, and any other number of reasons. Of course, baking soda and dry ice blasting have long had a reputation for effectively cleaning massive infestations of mold growth. Baking soda is also well known to be a very effective soot and char removal method, with the benefit of chemical odor neutralization. (See image #3) After the blasting, and a little vacuuming, this structure is truly restored.

But what about blasting with more than baking soda or dry ice? Many machines have the ability to go beyond those two mediums!

Paul Davis Restoration of Lafayette, Ind., recently blasted a fire escape with magnesium oxide (a hard grit abrasive) through their multiple media blast system. Luckily, their blast system was capable of stepping beyond baking soda’s capabilities by using a hard abrasive to easily strip through many layers of paint and years of corrosion. The robust nature of the structure allowed the use of a strong abrasive, with little or no damage to the iron and steel. Taking this success to heart, they found it easy to take on the next job that required a more abrasive approach. The City of Lafayette had an opportunity for PDR that required a very similar method for stripping and re-finishing. The job called for blasting and painting the underground chambers – large, painted concrete “rooms” that serve as access and emergency waste-retention areas under the large processing tanks at the municipal waste (sewage) treatment facility. (See image #4) The success of the process can easily be seen in the “before” and “after” photos from the jobsite, as well as the fact that they’ve already completed their second profitable chamber restoration, with more in the future. (See images #5 & #6)

They’re not the only ones catching on. A recent call from a customer in Indianapolis confirmed contractors are branching out in many directions with their media blasting systems. Rick Hays at Holt Construction was very familiar with their baking soda blasting capabilities. Fire losses are routinely cleaned using baking soda without a second thought. Hays was also familiar enough with the process to know that while stripping thick layers of paint and corrosion is possibleusing baking soda, it can be painfully slow. When one of their good customers presented an opportunity to strip and paint several outdoor stairwells, he had to ask, “How can we do this?” (See image #7) After initially contemplating the use of a sub-contractor to do the work, he came to the conclusion that they would do these first three areas, hope to profit, and take any loss as a “learning experience.” With a little coaching, a little hard work, and the full cooperation of their blasting system – they’d completed the job, made a profit, and most importantly, discovered that restorative media blasting is good for more than just fires. (See image #8) Since this first set of three stairwells, Holt has gone on to blast, clean, prime, and paint over 40 more at the same complex.

Okay – back to the lighthouse. By the time we’d reached the end of the pier, my shoes were wet. We’d passed the inner lighthouse, made of iron and steel firmly bolted to the concrete structure. (See image #9)

The purpose of the visit was to inspect the jobsite and make recommendations about the containment and blasting of the various structures: the inner lighthouse (interior and exterior), the elevated man-walk, and the outer lighthouse (exterior). The contractor on the job, Mihm Enterprises Historic Building Restorers of Hamilton, Mich., would surround the exterior of the structures in scaffolding – stationary for the lighthouses and rolling for the man-walk. The scaffold frame-work was then wrapped with a light weight, yet heavy-duty, disposable, reinforced poly sheeting designed for the wind and weather that would surround this jobsite. On top of the main lighthouse structure, we used a blast enclosure “bonnet.” This is a reusable product fabricated to the customer’s size and layout specifications. The bonnet product is sewn using a coated, woven material – like automotive air bags. The bonnet is an extremely tough “top” for the containment – able to be secured to resist heavy winds, and protect against driving rain. (See image #10)

Another concern was the potential for equipment loss due to large waves. A platform was built above the pier to protect and house the blasting equipment. Air compressors and other large equipment pieces were either chained to the pier or brought to shore each evening. Although some scaffolding was damaged by storm waves (as far up as 10 feet on the outer lighthouse), and on several occasions sections had to be pulled from the surrounding waters, no major losses occurred. Ventilation fans ducted to dust socks completed the containment enclosures – providing air movement for visibility and negative pressure for dust containment and capture.

Once containment was set, the contractor, and a blasting subcontractor Blastek of Wayland, Mich., really got to work. Blasting, clean-up and priming of the metals took place on the same day, in stages. (See photos #11, #12, #13 & #14) Stages were required due to the size of the project, and the fact that production was only possible on the days the lake and weather would cooperate. As challenging as this job was, however, both contractors will quickly agree – they’re anxiously awaiting next year’s restoration season.

Don’t be shy about venturing out and looking at blasting applications beyond mold and fire. Blasting with media beyond baking soda and dry ice can be challenging, yet very profitable. So don’t take a long walk on a short pier. Establish a relationship with an equipment and supplies outlet that will support your new ventures with materials and equipment, but more importantly, the know-how and willingness to help you accomplish the thing you set out to do. You’ll be happy you did, even if you end up with wet shoes. 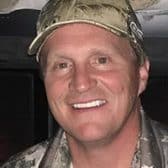